The 4 Main Types of Coffee Beans

Most people have heard of Arabica, as it accounts for over 60% of the world’s coffee production.

To grow well, these trees need to be grown at high altitudes, have plenty of shade and where there is steady rainfall.

Whilst Arabica trees are generally easy to care for as they are quite small and easy to prune, they are unfortunately prone to disease, so farmers have to take great care.

That said, due to the popularity or Arabica, some farmers practice ‘monoculture’, which is growing plants in large quantities. This can pay off but the down side is that if one plant gets a disease, e.g. blight, the entire crop can become contaminated.

Higher quality Arabica beans have a bright body, possess a satisfying amount of acidity, and tend to have a multi-layered intricacy of flavours and aromas; Arabica coffees can be best sampled on the front palate (where sweetness and salinity are most apparent).

It is best served hot, perhaps brewed with the pour-over or drip coffee technique.

Robusta is the second world’s most produced coffee, making up around 40% of the worldwide coffee production.

In contrast to Arabica, Robusta is extremely tolerant of its environment and practically immune to disease, as the name might suggest! Robusta coffee can grow at any altitude but particularly requires a hot climate where rainfall is irregular.

What makes these plants so robust? It is actually caffeine that acts as the plant’s self-defence against disease. Robusta coffee beans have almost double the amount of caffeine compared to Arabica beans. All this makes Robusta cheaper to produce.

When drinking, Robusta coffee is best sampled on the back palate (where bitter notes are most apparent), which gives it a heavier body. Higher quality Robusta beans have a smooth texture, low acidity, and often have hints of chocolate associated with their flavour profile.

Due to the popularity of this bean, it is sometimes grown in unfavourable climates, which produces a sub-standard product. If your Robusta has a flat smell or rubbery taste, your coffee has been a victim of these practices.

Liberica is harder to come by in the coffee world these days, but this varietal has an important place in the world’s coffee history.

In 1890, coffee rust decimated over 90% of the world’s Arabica stock. The coffee world looked around for a solution and turned to the Liberica plant. The Philippines (which was a U.S. territory at the time) was the first country to try this, which really helped their economy as for a time, they were the only coffee supplier.

This was not to last, however. When the Phillipines declared independence, the U.S. cut supplies off, including coffee, to the archipelago. It wasn’t until 1995 that Liberica made an appearance in the coffee world again. Conservationists salvaged the last remaining plants by transplanting them in Filipino growing regions better suited for Liberica to thrive. Sadly, by the time the crop was ready for harvest, Arabica was so popular this effort proved too little too late. Its absence can still be felt today as it grows harder and harder to come by pure Liberica coffee.

Liberica beans are larger than the others, often asymmetrical, and they’re the only coffee bean in the world that has such an irregular shape. The beans are said to have a unique aroma, consisting of floral and fruity notes, with a full body that possesses a smoky taste; those who have had Liberica coffee say that it is unlike any coffee they have ever tasted—with many saying it does not even taste like coffee, stating that it tastes too “woody”.

Excelsa, like Liberica, grows on large 20-30 ft trees, at similar altitudes and has a similar almond-like shape.Due to these similarities, Excelsa has been recently re-classified as a member of the Liberica family. However the two are so different that some members of the coffee community still think of it as a separate species to Liberica.

Excelsa grows mostly in Southeast Asia and accounts for a mere 7% of the world’s coffee circulation. It is largely used in blends in order to give the coffee an extra boost of flavour and complexity, better affecting the middle and back palate. Excelsa is said to possess a tart and fruity body (which are flavors reminiscent of a light roast) that also somehow has dark, roasty notes. This mystery lures coffee drinkers from around the world to try and seek out the varietal.

Edit by Ceri Ashley from our knowledge hub 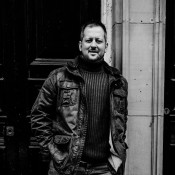 Creator and Founder of Aimci Coffee